The following post comes to us from UT AMS Ph.D. student Brendan Gaughen:

“Life doesn’t happen along the interstates,” wrote William Least Heat-Moon, “It’s against the law.”  The quote comes from his first novel-travelogue Blue Highways: A Journey Into America (1982), and he is not alone in his view.  The Interstate Highway System has been blamed for a number of things such as physically dividing urban communities along racial lines, slowly choking the enterprise in rural towns, and shifting our perception of distance from miles to minutes. 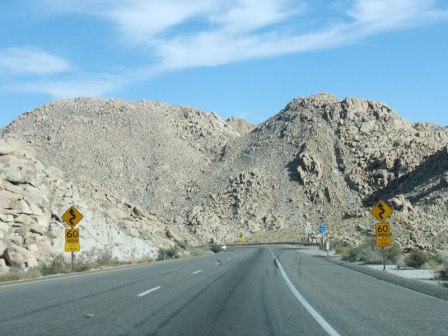 Heat-Moon’s disdain for Interstates has been consistent since his first work.  Part Kerouac’s On the Road (minus the stream-of-consciousness wanderings), part Steinbeck’s Travels With Charley (minus Charley), Blue Highways explores the American landscape and people as seen by driving the nation’s small roads, the narrow sinews once connecting travelers to mostly rural destinations — roads that formerly appeared light blue in the Rand McNally road atlas.  (Heat-Moon would likely lament the fact that it is not the local roads but the Interstates that now appear blue in the road atlas.)  He has since written a handful of other books demonstrating his fondness for the American landscape as experienced by avoiding the Interstate Highway System: covering Chase County Kansas on foot (PrairyErth: A Deep Map), crossing the continent by boat (River Horse: A Voyage Across America), and exploring different regions by rural road (Roads to Quoz: An American Mosey).

Heat-Moon isn’t the first, nor the last, to prefer a slower, earlier version of automobile transportation.  John Steinbeck, writing in the late 1960s, said, “When we get these thruways across the whole country, as we will and must, it will be possible to drive from New York to California without seeing a single thing.”  Charles Kuralt, who spent nearly three decades wandering the United States and reporting on his findings for CBS News, wrote, “The interstate highway system is a wonderful thing. It makes it possible to go from coast to coast without seeing anything or meeting anybody. If the United States interests you, stay off the interstates.”  Humorist Bill Bryson offered in Made in America, “In less than two decades, America’s modern interstate highways drained the life from thousands of towns. No longer was it necessary – and before long not even possible – to partake of the traditional offerings of two-lane America.”

These authors, like many Americans, romanticize rural towns, the places often bypassed by Interstate highway construction.  These are the places that exist in the public imagination in a particular way — the mythic “Main Street”, ideological opposite of Wall Street, a symbolic landscape that is the home of traditional values, of the tenacity of a nation to withstand hard times, of places untouched by progress, of simpler times.  These are the out-of-the-way places many city-dwellers like to visit as curiosities but would cringe at the thought of breaking down and getting stuck — the kinds of town that each claim notoriety for having the world’s largest ball of twine, world’s tallest coal shovel, being the birthplace of someone now barely remembered, or if none of these, the home of past state champion high school sports teams. 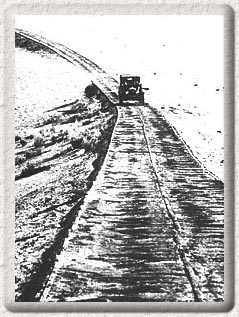 Whereas the older small town is perceived as traditional, simple, and slow-paced, the Interstate crossroads is efficient, modern, running 24-hours — a distinction between the general store and its single fuel pump against the city-in-itself truck stop.  These authors do not hesitate to point out how technological progress has come at a great price, and prefer to avoid the superhighways altogether.  With the entire highway system covering nearly 47,000 miles, avoiding Interstates can be difficult to achieve.  They carry traffic to, through, and near every major city in the nation and to every capital in the lower 48 states except Dover, Delaware.  Texas alone has 17 different routes comprising over 3000 miles of Interstate highway.

Urban Interstates are designed to maximize efficiency — getting the highest volume of traffic as far as possible in the shortest amount of time.  Unfortunately they seem today more like reminders of an aging infrastructure with no room to accommodate a growing traffic problem.  They have been criticized as primarily serving the middle and upper classes at the expense of the poor, of carving up once-thriving neighborhoods and displacing low-income residents, and of compromising the health of those living nearby.  Existing primarily for high-density traffic flow, there really isn’t anything notable about most urban interstates except perhaps the 21-lane wide stretch of I-5 on the north side of San Diego, or that sections of Los Angeles’ 405 carry nearly 400,000 vehicles per day.

Outside the metropolitan area, the older Federal Highway System was bound by geography, covering the contour of the land, the rise and fall and twist and bend.  For the most part, the Interstates take the shortest route possible, unbound by geographic restraints.  This can mean carving away hillsides, tunneling under mountain passes, or crossing swamps where earlier highways avoided such shortcuts, demonstrating an unwavering faith in progress and technological solutions.  In one notable example, a proposal for routing I-40 across California’s Mojave Desert, fortunately rejected, involved detonating atomic bombs to level the Bristol Mountains as part of Eisenhower’s Atoms For Peace program.  35 years after the first stretch of concrete was laid in mid-1956, the Interstate Highway System was declared “complete” (with some additions being since made or currently in progress), in what proved to be the largest construction project in human history — and at an estimated $425 billion (2006), the most expensive.

Despite the justifiable criticism of the Interstate Highway System, it is an important part of American society.  Its construction has transformed the way Americans move, firmly entrenching long-distance continental travel from rail to highway.  And despite the claims of the authors mentioned in this post, there is plenty to see. Over the next few weeks, I will be introducing you to my favorite 5 stretches of interstate highway, which I’ve selected as being particularly scenic or notable engineering marvels.  Stay tuned for the first installment, coming soon: I-8 Alpine CA — Ocotillo CA.