We are counting down the days until the firstclasses of Fall semester, but summer’s not quite over yet–enjoy today’s story from Masters student Greg Seaver!

This summer, I took an unfocused, meandering road trip with my college roommate that launched from Bedford, New York and landed roughly two weeks later in Athens, Georgia. Nick (my college roommate) had helped me schlep all my stuff from New Orleans to Austin last year when I moved, and I figured I’d return the favor by providing moral support while he looked for a new place in central North Carolina, where he’ll be teaching college Geology this coming year. If you haven’t travelled with a geologist, I recommend it. They’re full of all sorts of vaguely illuminating though not obviously useful information, like how to tell that you’ve just crossed over from one geophysical province to another (e.g. Piedmont to Coastal Plain), or how, roughly, to distinguish endemic from non-endemic rocks by chewing on them.

At some point fairly early on in the trip, it occurred to me that this coming semester will mark the beginning of my ninth consecutive year living in the U.S. South. Zounds! I certainly never planned it this way. And yet, after a year of studying American culture at UT, I was also feeling better equipped than ever to make sense of a region that, as a native New Yorker, has always struck me as somewhat foreign.

This turned out to be more or less the case. But something else happened, something much more interesting than the eight-hundred or so pithy Seinfeldian observations I made over the two week duration–stuff like how billboards in the South are on the whole more confrontational, or tipping situations less anxiety-producing. Something rather bizarre I started noticing, with increasing frequency as latitudes dropped, was various business concerns billing themselves as New York-style. So you’d see a storefront with a sign advertising a New York, say, Salon. Or Life Insurance Group. Genuine Pizza Parlor. Boutique. Chinese Food! Obviously some of these make more sense than others. 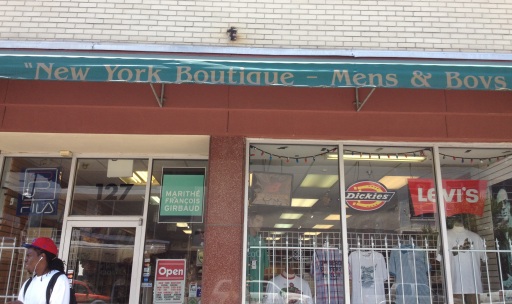 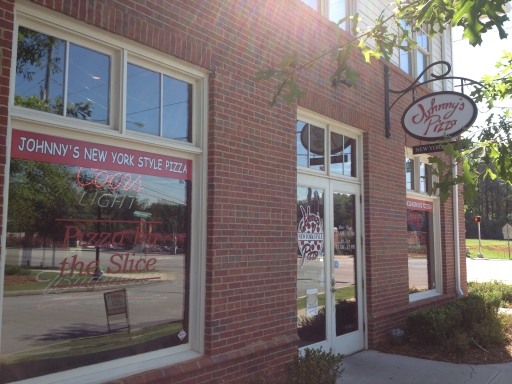 I can only speculate why such outlets chose to draw on Northern cachet to pitch their products: my guess is that “New York” connotes some sort of authenticity or trustworthiness with the more cosmopolitan Southern crowd (many of these self-proclaimed “New York” business were to be found in more upscale southern cities like Charleston and Savannah). Anyway, like any trend that’s gathered a bit of momentum, this one seemed to have spawned an underground counter-movement, to my great delight.