Today we are thrilled to feature an interview with affiliate faculty member Dr. Eric Tang, Assistant Professor in African and African Diaspora Studies and the Center for Asian American Studies and Associate Director of the UT Community Engagement Center. 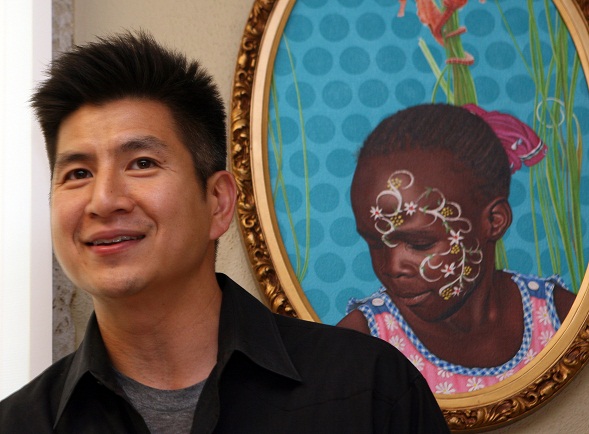 1. What has been your favorite project to work on and why?

I’m not sure that I have a favorite project. I have different projects that each offer moments of profound reward. I guess, then, I have favorite moments. And those moments are when the exceptions prove the rule: when seemingly unlikely racial alliances explain a community’s resilience; when what seems like social disorganization and disjuncture is in fact the generative force of political movements; when what is misunderstood as hopelessness, despair and ambivalence among oppressed peoples is rather an expression of a profound political critique.

2. How do you see your work fitting into larger conversations in the academy or contemporary society?

My work looks at the poetics of displacement–from third world refugees to the African American communities throughout Austin. Why poetics? Because the violence of displacement necessarily produces among the displaced a specific way of knowing the world–a theory and a form. Some scholars refer to this as a methodology of the oppressed. My goal as a scholar is  to ensure that contemporary society does not squander their vision/theory/method.

3. What projects, people, and/or things have inspired your work?

Far too many to name. Historian Robin Kelley was my dissertation chair and my mentor since undergrad days, so his influence is evident in my work. But it depends on what I’m working on. If it’s the question of justice and its limits, then I’ll be reading Sadiya Hartman. If it’s New Orleans we’re talking about, then it’s the dearly departed Clyde Woods. If it’s 1980s New York City, then I am turning straight to the lyrics of Public Enemy. If I’m focusing on Austin’s genteel apartheid, then it’s the generation of black residents I’ve recently interviewed who recall the city’s unmistakable history of Jim Crow (alive and well today, they insist).

4. What is your background as a scholar and how does this background inform and motivate your teaching and research?

You mean in addition to being one of the founding members of the Frankfurt school? (insert emoticon here).  I actually come out of community organizing. At least that’s my genealogy as a scholar and teacher. I spent the late-1990s through early 2000s organizing in refugee communities of the Bronx. How does that influence my work? It taught me to rethink everything I thought I knew about how refugees understood justice, healing and redemption. I’m not trying to sound cliche or maudlin, but I learned from correcting my original mis-recognitions, from failures. It’s am interesting thing — I often get asked to talk and write about my activism and organizing days. I’m asked to elaborate on how we organized this action or that campaign.  Sure, these are valuable experiences to share, but I’d much rather talk and write about what I didn’t do.  You know, the things I missed and then had to go back and find. This isn’t false humility, I just believe that these are the more valuable lessons to share. In recent years I’ve written about and summed up those lessons in a manuscript entitled “Unsettled.”

5. What projects would you like to work on in the future?

A project that looks at racial violence in New York City in the 1980s. If you want to know how NYC became what it is today — how it went from ethnoracial working class neighborhoods to playgrounds for the wealthy and so-called creative class– then you need to look at the battles that gave way to this moment. The 1980s was the turning point: Bernard Goetz, Howard Beach, Bensonhurst, Central Park Jogger, Crown Heights, boycotts — all of this begot “Giuliani time.”

And, a bonus, if you feel inclined! – If you could describe American Studies in one sentence, what would you say?

I think Barbara Tomlinson and George Lipsitz summed it up in the essay “American Studies as Accompaniment” in the latest edition of American Quarterly, a great read. Check it out here.