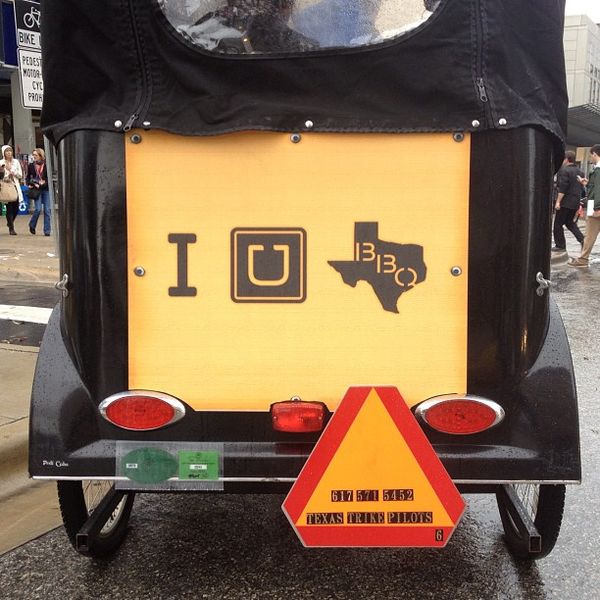 UT AMS grad Andrew Busch passed along an article that he published in the journal Southern Spaces at the end of the summer. Although sometimes our research can seem a little distant from us, Dr. Busch’s essay, “Crossing Over: Sustainability, New Urbanism, and Gentrification in Austin, Texas” is one that, quite literally, deals with what’s happening on the homefront. We’ve excerpted a section below:

In July of 2011 Bon Appétit named Franklin Barbecue of Austin, Texas, the best barbecue restaurant in America. As one of the flagship businesses in an area of the city undergoing significant redevelopment Franklin (which began as a food truck three years earlier) had recently moved into a building on East Eleventh Street, adjacent to downtown across Interstate 35. Franklin Barbecue helped enhance the city’s wider reputation while locally it helped the reputation of the central Eastside. The white-owned Franklin took the former space of Ben’s Long Branch Barbecue, an African American–owned business operating since the 1980s; African Americans had served barbecue at this site since at least the early 1960s. The corridor, formerly the hub of black commerce and social life during the era of segregation, fell into blight and disrepair in the 1970s and sunk into deeper trouble by the 1980s as residents of means and local businesses fled. In the 1990s the Austin Revitalization Authority (ARA) was formed as a non-profit to assist in the commercial development of the neglected neighborhood as well as to renew historic buildings and homes to maintain architecture consistent with the area’s heritage. In 1997 the ARA declared the area a slum, making it eligible for Section 108 Community Development Block Grants (CDBG) from the US Department of Housing and Urban Development (HUD). After completing the Central East Austin Master Plan, which called for 140,000 square feet of mixed-use development, the ARA and the city acquired over $9 million in CDBGs to initiate revitalization. Almost all development took place along the Eleventh Street corridor.

Although development in the East Eleventh Street corridor began slowly, by the mid-2000s the area’s importance to the city’s Eastside efforts and to the downtown was apparent. Eleventh Street is one of only two downtown streets that bridge I-35, the physical barrier between minority and Anglo neighborhoods since its completion in 1962. People coming from downtown to East Eleventh do not have to pass underneath the highway. Signs displaying the East End slogan “Local Spoken Here” invite consumption along the corridor. A gateway arch laden with the Texas Star welcomes traffic from downtown. The cityscape here appears more modern, newer, and cleaner than much on the Eastside. Multiple use zoning allows for architecture consistent with New Urbanism: higher density, mixed use, better public transport and bike lanes, historic districts, and heritage-based public spaces. The area has undergone significant demographic change as middle class whites and upscale businesses have moved in.