After finishing my first year of graduate school, I was most looking forward to relaxing, swimming, and reading for fun. I was able to do all three of those activities this summer, but I actually spent the majority of the summer working at Austin’s Asian American Resource Center as an instructor for their summer camps. The Asian American Resource Center (AARC) opened in September 2013 and serves Austin’s Asian American and Pacific Islander communities with programming, resources, and community spaces. Among the center’s many educational offerings is summer camp, which usually runs June-August, and includes a number of themed camps meant to teach kids about Asian and Asian American cultural traditions.

The first of this summer’s camps was “Game Master,” where kids learned coding basics and about traditional Asian games, including Yut Nori, Mah Jong, and Tuju Tins. We also made our own mancala sets and played a lot of ping pong. The second of the summer’s camps was “Art and Mindfulness,” during which campers were taught methods of mindfulness and meditation, all stemming from Asian and Asian American cultural practices. We learned about zen gardens, about sand mandalas, and did a lot of yoga. After “Art and Mindfulness” came “Tall Tales and Traditions,” which focused on storytelling, theatre, and oral history. This camp was especially interesting for me, since I had not previously known a lot about Asian storytelling traditions. We taught the kids about Kamishibai, a form of Japanese street theatre, as well as the Ramayana, an ancient Indian epic poem. The summer ended with “Asian Adoptee Camp,” which provided education and resources to adoptees, and allowed for community building among campers of various ages and from various cultural backgrounds. We talked about the history of Asian adoption in America, had great discussions about some of the challenges involved with being adoptees, and actually met adult Asian adoptees and got to learn about their experiences. 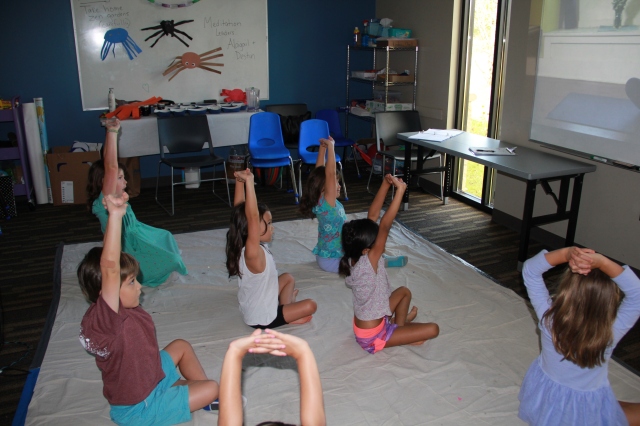 I was one of three instructors for the camp, and spent most of my time with some of the younger campers, ages 5-8. The kids were wonderful, and had such unique perspectives, and it was awesome to be able to learn from my fellow instructors, both of whom have backgrounds in education. It was great to be able to spend time doing work totally different than what I do during the semester—teaching younger kids, learning about cultural traditions different from the ones I study, and working in a community center environment instead of on a university campus. While working at summer camps has its challenges, it was really nice to be able to spend time with kids and engage my brain in different ways. I’m grateful to have had the opportunity to do interesting and engaging work, and am looking forward to settling back into the semester, although I might see if some of my fellow graduate students are interested in playing some Mah Jong this semester, now that I finally know how to play.