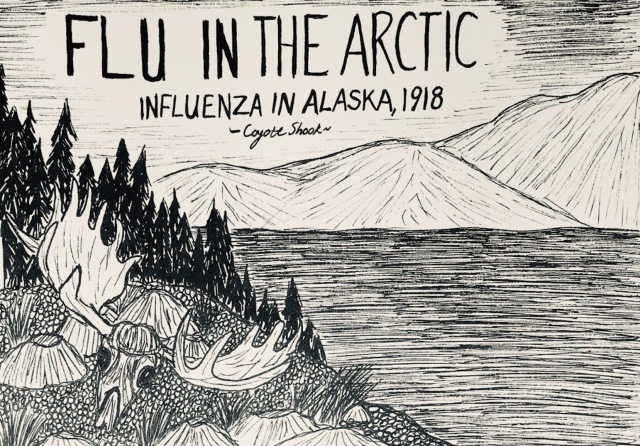 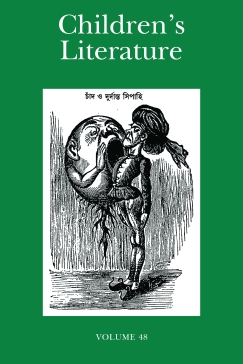 Congratulations are in order for UT AMS PhD student Whitney S. May whose article “The Lioness and the Protector: The (Post)Feminist Dialogic of Tamora Pierce’s Lady Knights,” was recently published Volume 48 of Children’s Literature. Whitney spoke to us about the inspiration for the article and the urgency of critical work on young adult fantasy. Read on!

Whitney: I’m especially pleased with how this article turned out because it was one of those rare labors of so much love that they never actually manage to feel much like labor at all. As a passionate fan of Tamora Pierce’s young-adult fantasy novels since I was a child, I’ve read all of her books several times over. This project on feminist dialogue in Pierce’s work emerged when I noticed that I always found myself getting choked up when I read a specific conversation between two women in one of her novels, Squire from The Protector of the Small quartet. I followed that observation into an early draft of this research, which was presented at the Mythopoeic Society’s 2016 conference in San Antonio, TX. The powerful response I received during and after that talk’s Q&A session made me realize that many women who read Pierce’s fantasy felt the same way when reading the same scene, and many were keen to read research that might put into clearer words why that might be.

This article pulls back the focus on the conversation in that scene, using it as a model by which to interpret the broader dialogical interventions at play between not just the two conversing characters in that moment, but between their entire respective quartets as these reflect Pierce’s broader, multidimensional feminist dialogic that observes the ideological shifts in feminism which occurred between the quartets’ respective eras of publication. Ultimately, the article finds that, “[r]eflecting the self-critical relationship of postfeminism to previous feminisms, The Protector of the Small (1999-2002) critiques and engages the problems of The Song of the Lioness (1983-88) and generates a comprehensive understanding of the evolution of the feminism as we have known it, as well as a vision of what it might look like in the future. In so doing, Pierce offers, by way of her fantastic postfeminist dialogic, a successful model of how to diligently engage with the past and responsibly project its ideological lessons into a critical, better-equipped future” (52-53).

As we have seen in global headlines just this month, authors of fantasy for young adults are uniquely positioned to not just reflect, but encourage the momentums of social change—or not. This article details one of the many ways in which Pierce’s feminist fantasy has taken great care to hold itself accountable to its readers by not merely recognizing weaknesses when they appear, but actively seeking to correct them. In so doing, her work encourages feminists across almost five decades to do the same.

Here at AMS::ATX we love blogs (obviously) and we love our UT AMS Ph.D. students (naturally).  So we couldn’t be happier to announce that our very own Rebecca Onion, who recently defended her dissertation entitled How Science Became Child’s Play: Science and the Culture of American Childhood, 1900-1980, has recently launched a blog on Slate.com called The Vault.

Published by Bain News Service, between ca. 1910 and ca. 1915. Library of Congress, Prints and Photographs Division.

This description of the blog comes our way from Rebecca:

I’m now running a blog on Slate.com, called The Vault. I post one interesting historical document or object every day, most of which will come from archives, special collections, and museums.

The idea is to showcase stuff that jumps out of the historical record. These are the kinds of documents that made me laugh out loud, cringe, or become unexpectedly sad while doing archival research for my dissertation. Examples thus far: a “lab technician” microscope set for girls from 1958; a photograph of a Better Baby contest winner from 1910; a memo from one of Nixon’s aides in which he suggests alternative names for the space shuttle program.

It’s been great fun to hear back from readers about the posts; I love feeling like I have an audience with which to share my weird enthusiasm for research.

If anyone has interesting documents or objects that deserve inclusion, by all means, get in touch. And follow @SlateVault on Twitter, or like Slate’s The Vault Blog on Facebook, to get notifications of posts as they run.

We’re pleased to announce that the American Studies Fall 2011 newsletter, “Main Currents,” is now online and ready for your perusal! Check it out here to see some fascinating stories and discussions with faculty, graduate students, undergraduates, and alumni of the department, in addition to research and project updates.

We won’t spoil the content for you, but we will say this: the folks in the American Studies department have been busy doing a lot of fascinating things all over the board.

“Dear future generations: Please accept our apologies. We were rolling drunk on petroleum. – 2006″ – Kurt Vonnegut, from his Confetti project

Last month, Sara Reardon’s research, “Climate Change Sparks Battles in the Classroom,” based on interviews with 800 members of the National Earth Science Teachers Association, reported that “climate change was second only to evolution in triggering protests from parents and school administrators.” I read this finding while I was immersed in Saci Lloyd’s three YA books about climate change and energy troubles, The Carbon Diaries 2015, The Carbon Diaries 2017, and Momentum. As I’ve mentioned on my blog before, I’m in the very preliminary stages of research for a new project on the ways that American environmentalists have used “future generations” as an argument for acting to forestall environmental disaster; I’m also very interested in the ways that we tell these “future generations” about the problems we’ve caused, and whether, and when, these narratives amount to apologies. To me, Lloyd’s books feel like something sui generis: YA science fiction that addresses these issues of intergenerational environmental justice head-on.

One of the things we’re hoping AMS :: ATX will do is alert you to valuable resources outside of the American Studies world. There’s no better place to start than with Brain Pickings, a “discovery engine for interestingness, culling and curating cross-disciplinary curiosity-quenchers, and separating the signal from the noise to bring you things you didn’t know you were interested in until you are.”

We hope you enjoy it as much as we do!