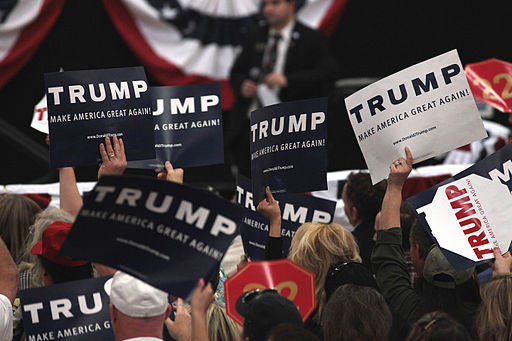 We’re pleased to share with you this conversation with Dr. Angie Maxwell, who received her Ph.D. from the Department of American Studies in 2008. Dr. Maxwell is the Diane D. Blair Professor of Southern Studies and an Assistant Professor of Political Science at the University of Arkansas, Fayetteville. Her new book is The Indicted South: Public Criticism, Southern Inferiority, and the Politics of Whiteness (UNC Press, 2014).

I landed in a political science department which, at times, feels very far removed from my training and my natural curiosity. Data sets, hypotheses, and statistics software were not my tools in my days in Garrison Hall. But the questions I ask always percolate from my American Studies background—questions about identity and the imagined space of the South. I’ve just started a new book that considers the impact of what I’m calling “The Long Southern Strategy” on white southern distinctiveness. Whereas political scientists have seem consumed, at least so far, with locating the origin of southern realignment with the Republican Party in the second half of the 20th century, I see the shift as a movement that extends beyond the initial exodus of white male voters from the southern Democratic Party. And like most American Studies scholars, I’m fixated on the long term effects of an effort that was not limited to race-baiting, but rather a broader pitch of us vs. them, with the them being African Americans or working women or religious non-believers, etc. Professor Abzug once told a room of graduate students that American Studies folks circumambulate a question or an idea. They place it in the middle and then they look at it from every possible angle until they have enough perspective to say something useful. I’ve never forgotten that image, and it guides my interdisciplinary reading habit, which is, first and foremost, the most important demand of the discipline. American studies closes no doors, but seeks insight from any and all sources. My UT professors exemplified that in their teaching and their research, and I am still learning from their example.

Three pieces of advice (solicited but not necessarily wise…) that I wish someone would have given me.

Today we invite you to a very exciting talk from Dr. Michael Omi (UC Berkeley) entitled, “The Unbearable Whiteness of Being: Situating Asian Americans.” The talk will take place this evening from 6:00 PM – 7:30 PM in the Avaya Auditorium (ACE 2.302).

This talk is hosted by the Center for Asian American Studies. Full details here.